What Happens in the Brain While Drawing?

.  Have you ever wondered what is happening inside of an artist’s brain while they are making art?  Sure you have, and to answer that question I decided to do a little experiment .  I put on my Neuroheadset, that measures real-time brain activity, on and set out to do a little sketch of Gary Vaynerchuk. Excuse the explanations I was just making it up as I went along If I do another one of these it will be better planned and put together 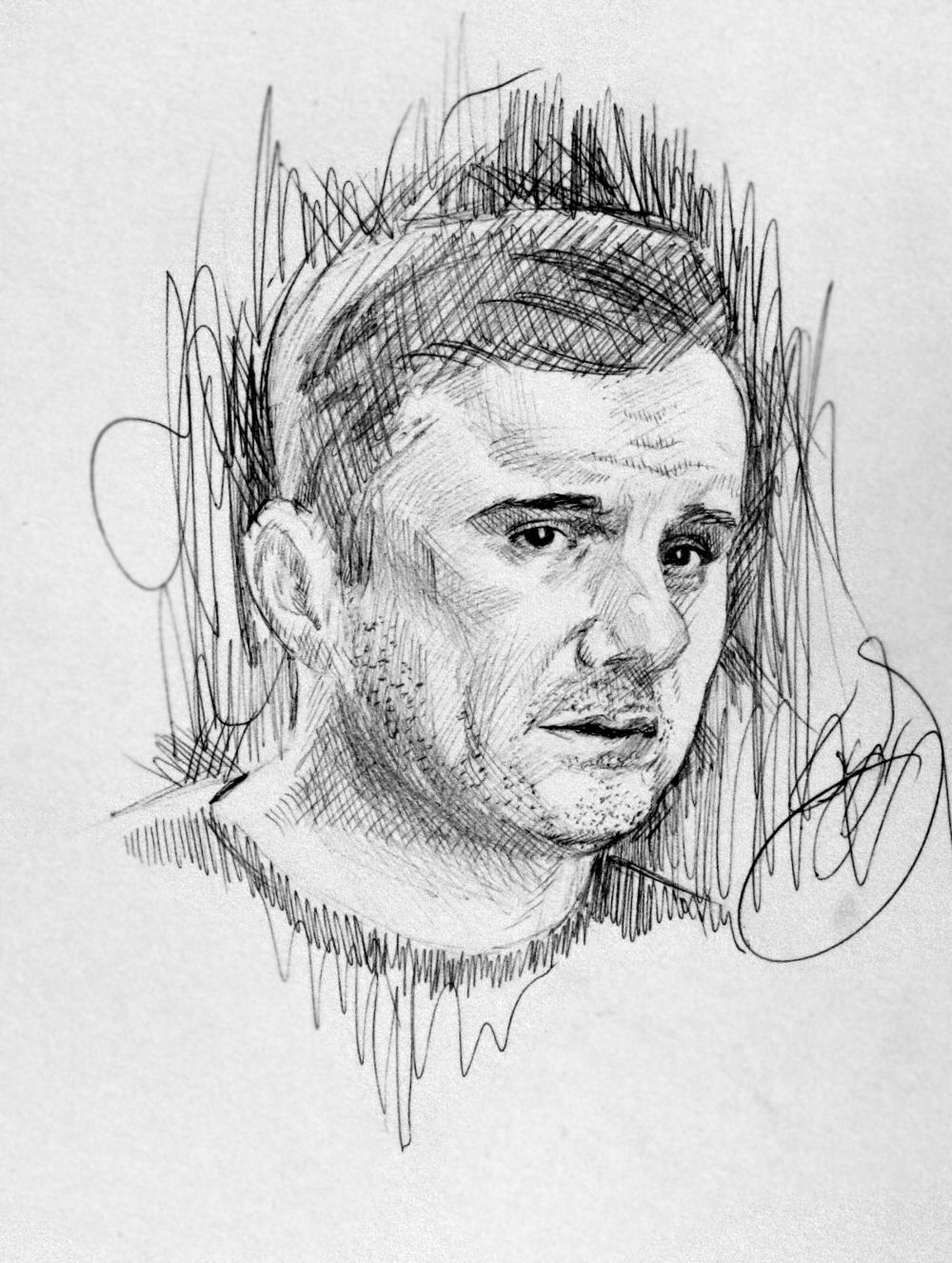 I had fun with this, but I really feel like as far as a legitimate experiment goes this was poor at best.  There was really minimal design or planning.  It seems to be more entertainment than scientific method, but that is alright I suppose for this first run.   I got the chance to learn and try out some new video editing techniques and I learned how to do similar projects better in the future.

I also realized that, in the future, if I am going to do this I need another decent quality camera, and more lighting.  My Canon 70D was filming me drawing while my crap phone was recording the brain visualizer on the monitor.

The music in this video is something that I put together in Garage Band while experimenting with layering loops.  If anyone is interested  I might make it available for download somewhere.  It is one of a few instrumental songs have put together since I got an Ipad.

It is hard to make out the different frequency bands  in the video of the brain visualizer, but there are different colors that represent the different brainwaves.  The main wave patterns that show up here are alpha, beta, theta, and some delta.  Alpha waves are represented here by yellow and the others are varying shades of purple and orange.

Next time I do this I will try to either have a better camera on the monitor or find a way to record the screen straight from the computer.

So if you study the video you can almost see where I switch between different types of viewing.  When I am looking at the measurements and comparisons of how and where things are there is a lot of activity in the frontal lobe and when I am looking in a more intuitive or organic way and the structure through shapes and patterns you can see more activity in the occipital lobe.

While I would expect to see a lot of beta waves(Wide Awake State) associated with concentration, they seemed few and far between compared to the Alpha (Awake/Relaxed State), Theta (Relaxed/Light Sleep State), and even some Delta (Deep Sleep State) waves that show up.

I take that as a representation of an almost meditative state that is created in drawing, a flow state.  You can really see those delta and theta waves when I am doing the shading.  Shading is such a thoughtless repetitive action that it isn’t that surprising to see brainwaves that also show up in a trance state.  After all, some of the best trance induction techniques are usually thoughtless repetitive acts such as drumming or dancing.  I notice I trance out a lot during shading.  I sort of just zone out and watch the value appear. It is interesting to actually see the brain switching from periods of concentration to states of flow that are represented by the different frequency bands.

When I do this in the future I am going to play around with different ways of looking and also different types of drawing.  Once I get a better system down I will even move onto painting. My next stab at this I will probably do a more flow state improvised drawing, like doodling, just to see the changes that show up after 15 or 20 minutes of a flow state.

I was introduced to brainwaves shortly after getting into meditation.  It was kind of the point where two paths crossed, my search for understanding the unique experiences I was having during meditation and my search for relief from migraines. I found that that binaural beats were effective for headaches and studying, but not so much migraines.

If you aren’t familiar with binaural beats it is basically a way of using stereo sound to adjust your brainwaves. Let’s just say you wanted to adjust to Alpha waves (awake/relaxed state) which has a frequency range of 8-12 hertz.  In simplest terms, if you present a frequency of 10 hertz in one ear and 20 hertz in another, after a little time your brainwaves will adjust to 10 hertz which is the difference between the frequency in each ear.

A few years ago I was playing guitar with a friend and she started to complain that she had a headache all day that just kept getting worse.  So I asked if she wanted to try something unorthodox. She said why not.  If I’m remembering correctly, I had her play a G note on her top string with her guitar held up to her left ear while I played an F note on my top string in her right ear, which is a difference of almost 11 hertz, within the delta range.  After about 5 minutes she started noticing a definite relief.